We would like to thank Vanessa Papas for the editorial, and for supporting our cause! 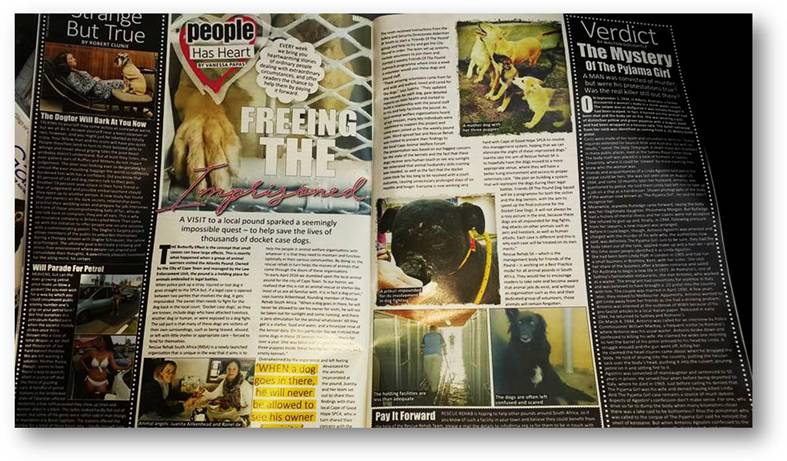 On behalf of Team RRSA, we would like to express our sincere appreciation for your continued motivation and support as we worked on our first official project Friends of the Pound.

Our team spent many hours negotiating with authorities, and our volunteers spend many hours helping us to improve the way the animals at the Atlantis Pound lived. Thankfully with the support of Mr Allan Perrins of the Cape of Good Hope SPCA and Alderman JP Smith, we have managed to have these incarcerated dogs relocated to a venue where they are now exposed to proper animal husbandry and 24/7 veterinary care. We will continue to support the Animal Pound Unit, but it has now been handed over to the good and capable hands of the SPCA. Working on this project has been humbling and a great deal was learnt over the past 6 months. A full report on the outcome of this project will be published in our Quarterly Stakeholders Update.

Also a big thank you to the media who have taken interest in our organisation and we will keep you updated on published articles.

Thank you People Magazine for the support!

“The butterfly effect is the concept that small causes can have large effects. This is exactly what happened when a group of animal warriors visited the Atlantis Pound in Cape Town. Owned by the City of Cape Town’s and managed by the Law Enforcement Unit, the pound is a holding place for animals embroiled in legal battles. When police pick up a stray, injured or lost dog it goes straight to the SPCA but, if a legal case is opened between two parties that involves the dog, it gets impounded. The owner then needs to fight for the dog back in the local court. Docket case dogs include dogs who have attacked livestock, another dog or human, or were exposed to a dog fight. The sad part is that many of these dogs are victims of their own surroundings, such as being teased, abused, or left with little shelter and appropriate care – forced to often fend for themselves. 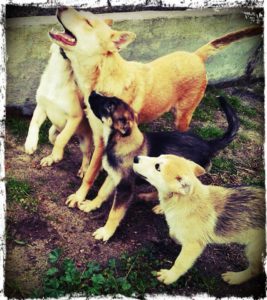 Rescue Rehab South Africa (RRSA) is a newly launched organisation that is unique in the way that it aims is to help the people in animal welfare organisations with whatever it is that they need to maintain and function optimally in their various communities. By doing so, rescue organisations in turn helps the masses of animals that come through the doors of these organisations.

“In early April 2016 we stumbled upon the local animal pound for the City of Cape Town. To our horror, we realised that this is not an animal rescue or shelter like most of us are all familiar with, it is in fact a dog prison.

Overwhelmed by the experience and left feeling devastated for the animals incarcerated at the pound, the RRSA Team set out to share their findings with their local Cape of Good Hope SPCA, who in turn shared their concern with the City of Cape Town. The team received instructions from The Safety and Security Directorate Alderman JP Smith to start a ‘Friends Of The Pound’ group and help to try and get the City Pound in order. The team set up systems, invited volunteers to join them and started a weekly Friends Of The Pound outreach programme where once a week a volunteer would visit these dogs and pound staff. 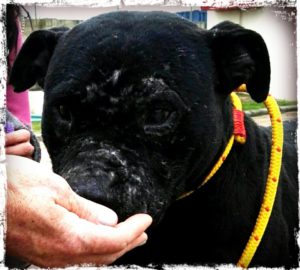 “These amazing volunteers came from far and wide and walked, loved and cared for the dogs. They updated the records for each dog, gave detailed reports on their health and started to build a relationship with the pound staff to try and help facilitate the pound. As local animal welfare organisations heard of our mission, many key individuals were interested to support this project and some even joined us for the weekly pound visits. Word spread fast and Rescue Rehab was invited to present their findings to the local Cape Animal Welfare Forum. The presentation was based on our biggest concern for the state of the kennels and the fact that these dogs receive zero human touch or see any sunlight. We reiterated that animal husbandry skills training was needed, as well as the fact that the Docket Cases took far too long to be resolved with a court outcome, causing unnecessary prolonged stays of six months and longer. Everyone is now working very hard with Cape of Good Hope SPCA to resolve this management system, hoping that we can eliminate the plight of these imprisoned dogs.”

The aim of Rescue Rehab SA is to hopefully have the dogs moved to a more appropriate venue, where they will have a better living environment and access to proper veterinary care. “We plan on building a system that will represent the dogs during their legal battles. Friends Of The Pound Dog Squad will be a programme for both the victim and the dog owners, with the aim to speed up the final outcome for what is known as ‘Docket Case Dogs’. It will not always be a rosy picture in the end, because these dogs are all impounded for dog fights, dog attacks on other animals such as pets and livestock as well as human attacks. Each case is different and this is why each case will be treated with its own merits too. ”

Rescue Rehab SA – who is the management body for Friends of the Pound, are working on a Best Practice model for all animal pounds in South Africa. They would like to encourage readers to take note and become aware that animal jails do exist, and without an organisation such as this and their dedicated group of volunteers, those animals will continue to be forgotten. 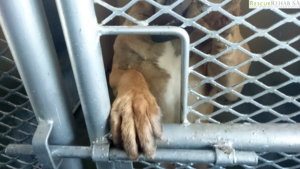 Pay It Forward  RRSA is hoping to help other pounds around South Africa, so if you know of such a facility in your town and believe they could benefit from the help we offer, please email the details to info@rrsa.org.za for assistance.

If you are in the Cape Town area and are able to help with donations of dog food, funds to help facilitate veterinary care, sterilisations, dog blankets, leads or collars, dog toys or chews or would like to volunteer, please make contact with us.